The works, “Confluence” and “Stria”) are the result of a continual two-year collaboration and exchange between Seth Nehil and John Grzinich. Significant not only as final compositions, these pieces are nearly complete documents of our individual and collective output relating to sound experimentation, recording and composition from 1999-2002. Although the listener in the end is left to experience the acoustic presence created by these works, a survey of the elements that comprise what one hears along with some general information concerning our purpose and intent is presented here.

John Grzinich and Seth Nehil have been asking a lot of questions about the nature of sound, about patterns in their groupings, about the dynamics of listening, about the resonance which hangs in the air. In 1998 they made a series of recordings involving a group of people making a great many sounds, all at once, with a variety of found objects. Perhaps they found in the behaviours of sounds, when grouped and performed in this way, an analogy with the behaviours of people, in a social environment, when grouped with others of dissenting opinion, or of common cause, in any given situation, commonplace or pivotal, artistic or political, professional or casual. In any case, they continued to work on their ideas over the years, developing methods of experimentation and exploration, all the while exchanging questions and findings about their work, corresponding across continents. Stria and Confluence are companion discs that have been released simultaneously on the Erewhon and Intransitive labels, respectively, and represent the culmination of their collaborations from 1998 through 2002. Stria is perhaps the more ‘ambient’ of the two records, with three long pieces of deep resonances, multilayered drones and long, gradual progressions. These drones push their way through any distractions and come face to face with the listener who attempts to discern patterns in the waves, in the layers, in the long and droning resonance plates. Confluence is a very different sort of record, and for me is much more demanding as an immediate and commanding presence. ‘Pneuma’ climaxes in a din of metallic scrapings, multilayered, high-pitched and shrieking sounds, only to be carried suddenly on the momentum of its own resonance, as a bird which, frantically beating its wings against the current of the wind, finally finds flight and is able to course through the air with ease, wings reaching out steadily on either side, gliding on the surface of the winds in a gesture at once beautiful and serene. ‘The Distant Edge’ captures the tension of a gathering of dissonant elements, and if the previous track directs the listener’s gaze skyward, this one returns him to the unceasing activity on the ground. Recordings from a demonstration in Belgrade were used for this piece, dominated by a feeling of claustrophobia, of chaos, of being lost in the noise, in the movements, the tensions, in the anger of one’s surroundings. ‘Lohme,’ the third and final piece, takes a step back from the madding crowd, yet maintains a sense of urgency, of cluttered spaces, of conflict and agreement, but finally finds a place to rest, to slow down and drift slowly away, back into a recess of silence, from which all this beautiful noise was born.
– from Richard di Santo on www.incursion.org

Beautiful music from these two sound poets who will make their organic drones resonate at the margins of an immobile time. Like thick currents of matter slow motions of these sounds offer strained and strangely serene landscapes made from creaking, gratings, broad waves and sparkling resonance majestically uncovering their gracious surroundings in the time. You penetrate into this heavy flow like a gigantic animal, taking its ease, letting yourself being taken away by the current, leaving a certain heaviness for another, more subtle. The current takes us into obscure cavities, in the open gigantic pools other echoes appear, inhabited by the phantoms. With this dense music of shifting the titanic masses you stop shy, observe and in the end you are not deceived by the voyage.
– Manu Holterbach, revue&corrigee no 54, december 2002 (France)
(translated from French by Meta Stular)

“Released at the same time as JGrzinich and Seth Nehil’s “Stria” (that one on the Belgian label Erewhon), “Confluence presents three more electro-acoustic pieces resulting from their collaborations between 1998 and 2000. Their stated intent was to “study evolutionary patterns of sound dynamics through various methods of live generation and recorded mediums that focus on multiplications and groupings.” In other words, the interaction and resonance taking place between smaller parts of a greater whole â€” a sound organism of sorts. These pieces involved a long process of gathering sound sources which included the use of group recording participants reacting to sounds played to them by playing themselves (on small percussion instruments and objects like bowls). This is an interesting concept, but you can choose to ignore it all and just listen. Each piece contains layer upon layer of sounds moving at different paces, creating rich but not too dense textures that allow you to focus on a different “region” of the sonic space each time you press the play button. Somewhere between musique concrete and very detailed drones, the music opens up and sucks you in. Both artists collected the material, but Jgrzinich composed “Pneuma” and “Lohme,” two 20-minute pieces, leaving the 5-minute “The Distant Edge” as Nehil’s sole contribution (the situation is reversed on Stria). The latter piece features car horns and other street sounds that make it sound more aggressive than the other two, so it works as a kind of interlude between JGrzinich’s quasi-ambient pieces. In its last minutes, “Lohme” threatens to turn into one of Francisco Lopez’s sound constructions. Recommended”.
– Francois Couture, All-Music Guide.

“With the proliferation of amazing software packages and ever more powerful machines, making electronic music today is, in theory, easier than it ever has been, and the recent slew of unimpressive (to say the least) remix albums seems to be depressing proof that increased sophistication of resources has not always led to a corresponding raising of the stakes when it comes to quality. It’s comparatively rare to find composers of electronic music who are prepared to really take their time in working and reworking their sonic material, which makes these two exceptional companion albums by Seth Nehil and John Grzinich, one on the Belgian label Erewhon, the other on Howard Stelzer’s Boston-based Intransitive imprint even more worthy of your attention.
Using sound material sourced from various objects played (Nehil prefers the word “manipulated”) by large groups of people, the two composers “trade, treat and trade” sounds again until, as Nehil writes, “because of the very long composition time (more than two years) it becomes impossible to claim ownership.” Rather than trying to fit their material into a pre-conceived architecture, Nehil and Grzinich “allow the sounds to dictate the overall form,” and the end-product manages to combine a naturally breathing sense of form (in a manner not dissimilar to much electroacoustic improvisation) with a sound surface of extraordinary precision and complexity (“anywhere from one to over a thousand layers may coexist in any one moment”). Listening through headphones – recommended unless you happen to have a state-of-the-art stereo system and a listening space large enough to enjoy the music at the necessary volume – reveals the extraordinary lengths to which the composers go to interleave, crossmix and develop their sound material. At times the source sounds seem easily identifiable, but once the layers of crackles, rustles and clanging pots and dishes have been superimposed and set back into the middle distance of the mix through masterly and subtle panning, they assume different, multiple identities. What could start out as a gentle tap on a piece of wood ends up as distant thunder – or is it gunfire? The steady accumulation of sonic events inevitably recalls the stochastic pile-ups of Xenakis, who, you will recall, in his 1966 interview with Marc Blancpain (which accompanies the Fractal reissue of his “Persepolis” – not the shoddy job released by Asphodel last year), explained his interest in mass phenomena as a means to obtain “form, a completely new plastic sonority that no longer behaves according to polyphonic or tonal or serial rules, but rather a completely new concept that can be found in calculating probability, or in theories such as the Kinetic Theory of Gases which [..] plays an important role in astrophysics today.” Many composers today pay lip-service to Xenakis while apparently understanding neither the sheer difficulty and complexity of his music nor the compositional strategy behind it (I’m thinking particularly of those who participated in the disappointingly shallow above-mentioned Asphodel Persepolis remix project), but works such as Nehil and Grzinich’s “Pneuma” (on “Confluence”) and “Arboreal” (on “Stria”) are the authentic descendents of “Bohor” and “Concret PH”.
“The Distant Edge” (on “Confluence”) was sourced in recordings of a 1999 street demonstration in Belgrade, and superimposes recognisable sounds of mass protest – blaring car horns, chanted slogans and angry cries – to form a huge pulsing cloud of sound about an octave in range. If Xenakis comes to mind once more (and we should not forget that his experience of public uprising during the occupation of Greece during the war was a formative influence on his concept of mass sound), so at times does mid-period Ligeti (specifically a piece like “Clocks and Clouds”) – the music appears to drift by slowly until you focus your attention in on the detail and find it to be teeming with activity like a beehive. Simply put, these two albums contain some of the most technically accomplished and awesomely beautiful pieces of music I’ve ever heard, as infinitely complex and infinitely simple as light. Any self-respecting new music enthusiast can’t afford to pass them by.”
— Dan Warburton, Paris Transatlantic.

“‘Confluence’ does one thing over its three tracks, and does it gloriously. The thick syrup slowly oozing from the speakers is a shifting mass of hundreds of layers of smaller sound nuggets. In both “Pneuma” and Lohme” individual characteristics of the sources are unrecognizable, congealing instead into gargantuan whooshes which flow like the circulatory system of Antione de Sainte-Expurery’s mammoth snake digesting an elephant.” – Bananafish 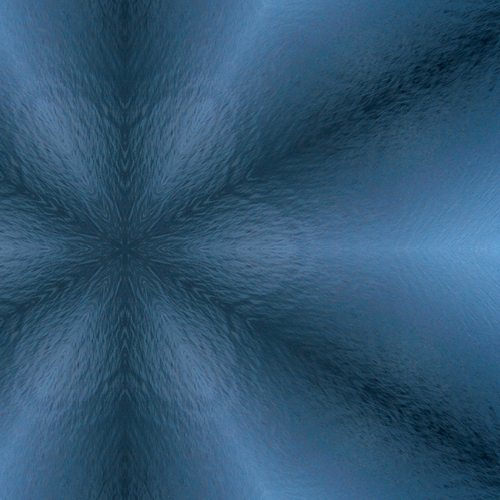 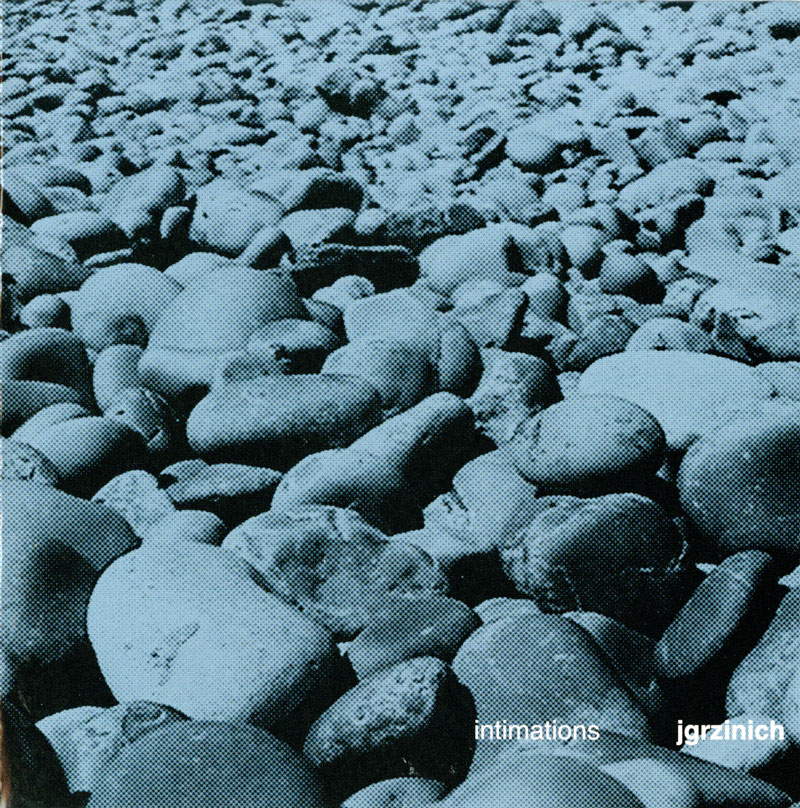 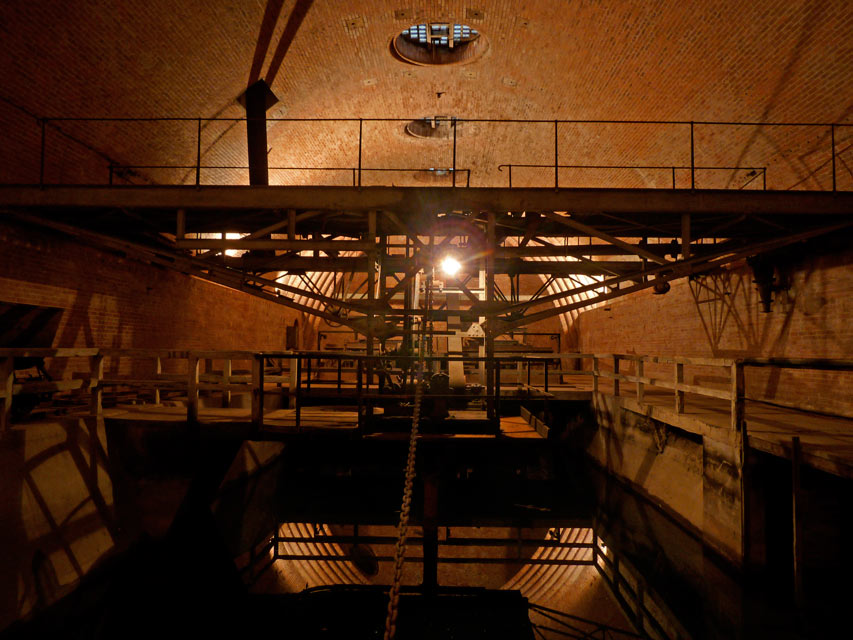 Inconclusive Responses (12:17) Composition produced from recordings made during the ‘New Maps of Time‘ workshop held in Prague, October 2009. This track […]