”rudiment of two’ contains three extended compositions based on an array of sound material recorded in 2006 in Estonia, Italy, Portugal, Japan and Finland. Acoustic sounds from various objects, materials, improvisations and field recordings were processed to varying degrees and woven together to form spatial interplay of delicate textures and tonalities. The CD package was designed by myself and features imagery from a series unique photos and photographic collages.

Special thanks to the following people who helped make this work possible:
Paulo Raposo, Evelyn Müürsepp, Paul Bradley, AntonioDella Marina  and Hitoshi Kojo.
Collaborative material with murmur appears on track 2.
Lau, Antti, and Koz appear on the intro to track 3.

Currently living in Estonia, the American sound artist John Grzinich, aka jgrzinich, conducts extraordinary alchemical investigations, rendering acoustic sounds as mercurial abstractions. While he operates in the long form theatre of the drone, each of his recordings – in particular his most recent offering Rudiment of Two – expresses subtle yet rich complexities, penetrating the limits of the form. He begins with field recordings – rain, water and wind seem the likely culprits – and the sounds of objects being agitated (a photograph of ornately bulbous glass vases points to such an item). Out of these Grzinich extracts slippery frequencies which undulate into graceful sweeps before plunging into numbingly cold passages of nocturnal ambience. Punctuated by the use of original sound sources, often in repeating cycles at lengthy intervals, the elongated timbres engage in a slow motion tumble. The results are anything but static, a spellbinding dislocations of time and space not unlike that of Richard Chartier or Jonathan Coleclough.
– Jim Haynes, THE WIRE

In the year of the mournful spirit, that stage during which the hearts of men are deceived, and the ritual house sweeping is enacted as a remedy, time solidifies and assumes the form once occupied by the actual object. The compositions on Rudiment Of Two breathe in this solidified substance of time, that is, the memories, manner, and moods encrusted onto various everyday objects, becoming hypnotized and binding its enjoyment to certain patterns and symbolic formations. In rearranging the electroacoustic vapors and squeaky balloon tones into a narrative, a temporal succession that searches for and simultaneously shields itself from any recognition of primal origins, John Grzinich gentrifies them, but doesn’t yield absolute control, and merely creates a minimum positive consistency through which a slow rotation of events is able to radiate with aplomb. Post-production techniques enable sound sources to shine rather than overwhelm, and interact, however chaotically, rather than embrace one another in a promiscuous confusion. “Pebble And Star” is impeccably guided, its quasi-industrial prismatic refractions and subharmonic pulses are embedded in a variety of contexts, in different relations to the elements which make up the ever-shifting network, each affording the other a specific yet, owing to accumulation, well-rounded identity. The textures of “Stimulus And Resolve” spun from field recordings gathered in Estonia, Topolo, Lisbon, and Nodar, are complemented with a restless foreground of spindly warbling and scattershot frequencies, erecting, in the process, a tenuous, colossal architecture. At 30 minutes, “Bounds And Magnitudes” begins with luminous single tones that swell on the horizon like pregnant suns. The long oscillating currents are sent deeper and deeper into the bowels of the room, turning the naturally occurring acoustic phenomena into accompanists. The objects soon take on their own aesthetic, branching out on their own while also keeping up with rather than entirely giving into the complex feedback from Grzinich. What ensues is a sustained clammer of perturbed rapture that Grzinich balances right on the edge of instability. In opening these works up as such, he tests the flexibility and usability of his own language, and it holds up rather well in most places.
– MS http://ei-mag.com

RATED: 8,8 / 10
To my surprise John Grzinich has not been reviewed at EARLabs till now, although he had several releases, being more than worth getting attention…
> read more from Sascha Renner at earlabs.org

John Grzinich wants you to listen. That may not seem like big news – don’t all artists, after all? There is a subtle difference between Grzinich’s request and the feverish urge to grab some attention, however. “The observing mind hears the rudiment of two”, he oracles on the back cover, before diving into an even more enigmatic booklet text, which talks about the composer living outside of the “mnemonic myth”, “shifting strata of sound” and a “temporal play between essence and fruition”. But just like these words need to be read with the heart instead of the intellect, his music can not be understood by merely opening your ears.

Location is an important element to this album, as it has always been to Grzinich’s music: Again, the source material was captured at different spots in Estonia (his current base), Lisbon, Tokyo, as well as in Topolo, near the Italo-Slovenian border and the Portuguese town of Nodar. Especially the quietude of his rural Estonian home has provided him with the chance of capturing “unpolluted” sounds and of reworking them in the absence of disturbing urban influences. All of this matters, because these field recordings are not just a side note to his work, but the very body and essence of it. His pieces are made up of myriads of sound sources, pristine and pure in their original form, which are placed next to each other in fluctuating constellations in a musical game of going to Jerusalem. More than most of his colleagues, Grzinich does not polish his recordings to the point of clean abstraction, but deliberately uses their inbuilt associational oscillations: Each sound creates an image, stirs a memory, triggers a reflex, releases energy in some way or the other and thereby stimulates the entire perceptive system. Listening is no longer just something one does with one’s ears (if it ever was), but a process associated with manifold organs and brain regions.

“Rudiment of two” is a direct reference to this train of thought (the numeral component relating to the beforementioned bipolarity) and a practical stab at making the idea as transparent as possible. Grzinich creates contexts, rather than compositions, he builds spaces for his sounds to unfold in, leaving the interpretation to his audience. There is an unsettling sense of duality in everything, especially in the gargantuan “bounds and magnitudes”, the thirty minute long state occupying the centre of the album, its entire middle section igniting sweet waves of synaptic impulses with pictures of nocturnal railway turnpikes, frame drums playing themselves and metallic objects being shaken inside aluminum cannisters. In that sense, it is no flattery when Grzinich states that even though his music is undoubtedly a non-linguistic form of communication, the exact subject of this communication still remains unknown to him.

There are two good things about this approach. Firstly, the advent of home studio technology in the visual sector has made it easy to create your own videoclips and it has offered artists a chance to add, in a second medium, what they were unable to achieve in purely musical terms. John Grzinich’s efforts, meanwhile, emphasize that despite obvious cross-pollination advantages, sound art should be able to make sense on its own. And secondly, if you do away with all of the theory and instead merely listen, immersing yourself fully in the music, you are doing the right thing.
> from Tobias Fischer at Tokafi

The materialization of new forms of aural beauty through means of expression that many artists have already exploited, often abusing of them – not a rare occurrence in this field – is what John Grzinich achieves in most everything he releases, “Rudiment of two” being another brilliant outing that celebrates the wedding between processed acoustic sources and massive effects on the receivers. Three tracks, whose length ranges from 11 to 30 minutes, show what Grzinich is capable of doing through a careful selection of frequencies extracted from sounds that he captured in Estonia, Italy, Portugal and Japan, nuances that he subsequently proceeded to edit in his studio. The longest piece “Bounds and magnitudes” is also the most emotionally charged, a steady growth of wavering resonances acting as a memory generator for the brain, which treats these images as backward photographs of our self-doubt while furnishing us with the necessary nervous strength to accept any consequence deriving from indecision. “Stimulus and resolve” is slightly more active-listening oriented, its fixed background flow interspersed with metallic intrusions, gamelan-like patterns and sudden dynamic changes. “Pebble and star” raises clouds of upper partial-derived timbral ambiguities and fuses them in a slow underground pulse, linking the American’s sound with unfathomable realities that still border with the “industrial” in terms of sonority. Yet, just like willing to add a dose of security to the overall feel, Grzinich makes use of water sounds throughout; one of the purest elements (despite the modifications) is perceived amidst complex interchanges between the being and the space surrounding it, put in vibration through mechanisms that one can only guess but never really grasp. Here lies this music’s most intriguing aspect, which also highlights its composer’s talent.
Massimo Ricci, Touching Extremes 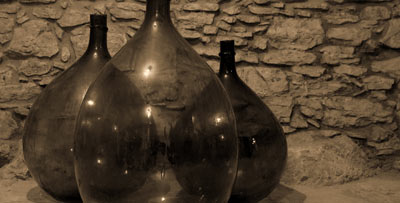 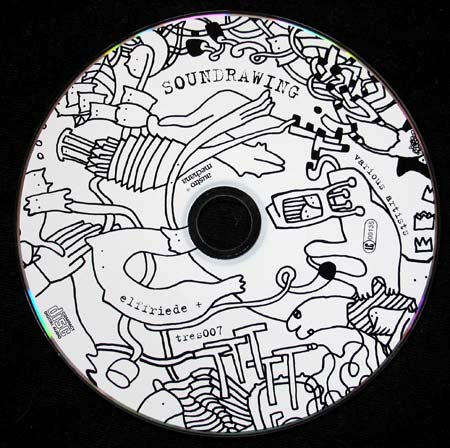 A few days ago received my copy of the ‘elffriede soundrawing‘ project. The story goes that artist elffreide sent her drawings to […] 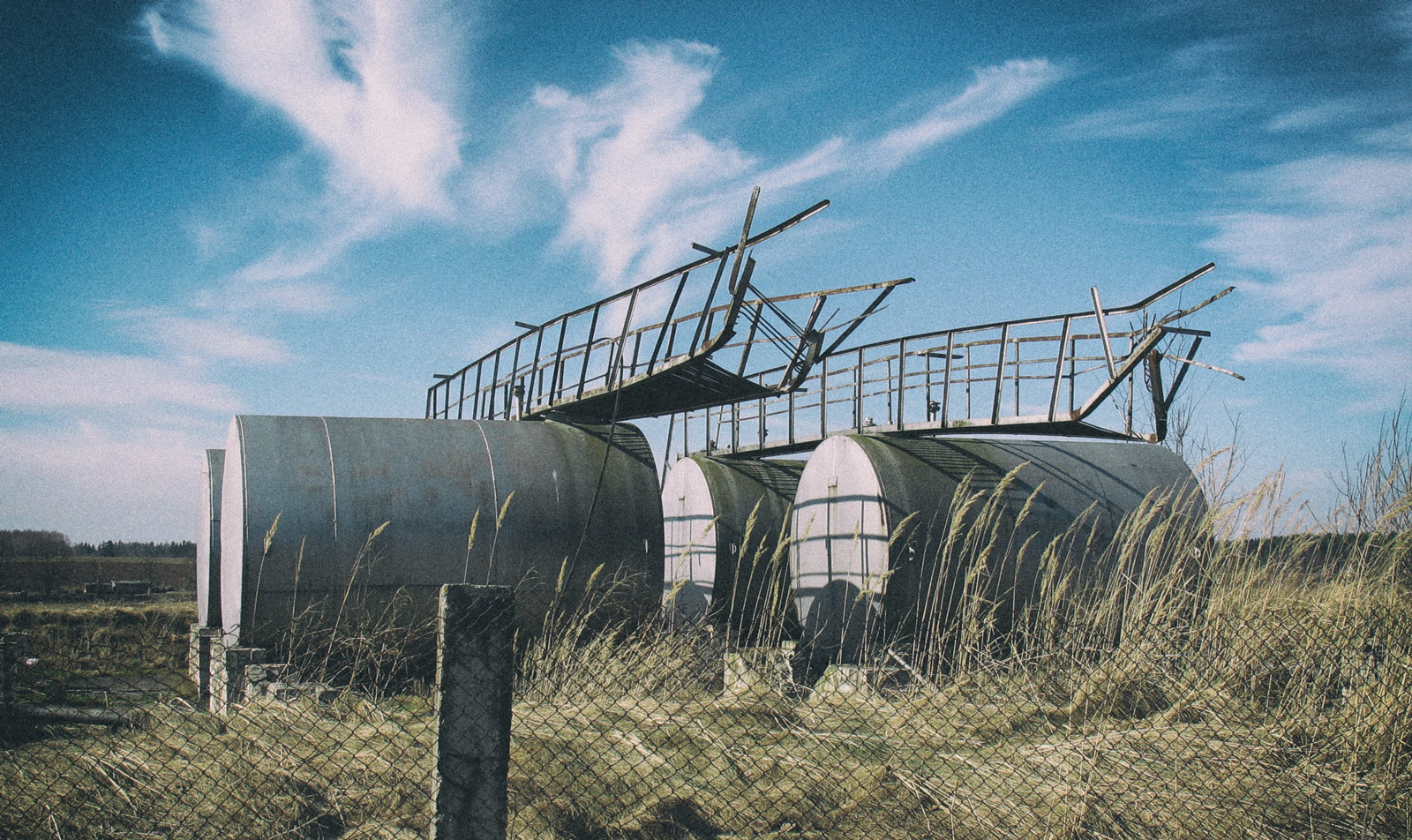 ferric by john grzinich originally released as a 3″ mini CDr by taalem, France (2008) ‘ferric’ is a piece that came out […] 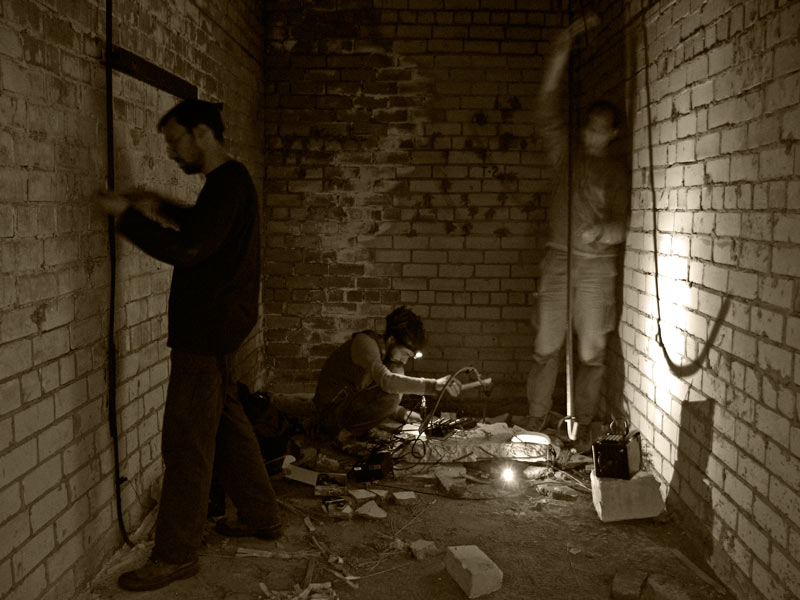 One thought on “rudiment of two CD”