Even though I regularly teach and give workshops about sound and recording, I don’t often post information regarding gear on my website. Its not a matter policy as much as I don’t like to dwell on the ‘tech’ side of things as much as I prefer to focus on artistic content and ideas. Yet every once in a while its good to add to the flows of information about certain products with some tests and personal opinions if I feel it may be of some benefit to others.

Several months ago Tascam announced a third successor, the DR-100 mkIII, to its mid-range line-up of existing handheld digital recorders. Having owned and worked with the original DR-100 as my secondary recorder since 2010, I’ve followed the development of this model over the years. When the mkII came out I considered an upgrade but decided it wasn’t worth it in the end. However, when the mkIII was announced, the new specs and features seemed appealing enough to warrant an upgrade. So I took a chance, hoping the device could live up to marketing PR and ordered one. I will not go into all the specs and features, as they are all clearly visible on the Tascam website, but just go over a few highlights and provide some sample recordings. 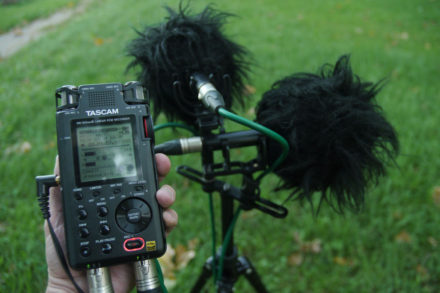 Apart from the press release specs, what caught my attention regarding the new features of this model was found in a short promo video on youtube where a Tascam representative talks initially about the new preamps and A/D converters for ‘high-resolution audio recording’. Following this he clearly states that “field recording” is one of the main applications the DR-100mkIII has been designed for. This may not mean much for some, but to me is a sign that the practice of “field recording” has more or less grown to point where manufacturers like Tascam understand there is enough of a market and demand to find it worthwhile to develop and engineer features like low-noise preamps in their mid-level product lines. This will hopefully give them an advantage in a competitive arena filled with portable digital recorders. Anyone who follows online discussions regarding ‘field recording’ and devices (budget, mid-level or professional) knows that preamp noise and quality are always a significant point of interest. While this might seem like an obvious issue for manufacturers to pay attention to given the amount of user feedback available, it doesn’t always appear they do (think ZOOM?).

With that said, some quick tests of the new preamps on the ‘mkIII’ show them to be significantly quieter than their predecessors. In addition the new A/D converters are supposed to allow an additional 10dB gain in the overall signal-to-noise ratio, giving a bit more boost, without adding noise. This is also is evident but I need to make some further tests to understand how well it works.

Another handy feature that has been added to the ‘mkIII’ is a 1/8″ mini-jack input that serves as an additional microphone input. Better yet, this mic input can be fed ‘plug-in power’, allowing it to be used with various types of electret (binaural) mini-mics and piezo contact mics. This is a big plus for me because I often like to use both for different recording situations, particularly with my self built pair of omni mics that use the highly regarded ‘Primo EM172‘ capsules.

Below are three samples using 3 different pairs of microphones; Audio-Technica AT4021 cardioids in ORTF array, DPA 4060 omnis in A-B array and Primo EM172 omnis in A-B array. The input configurations are also different to compare using the native XLR inputs vs using a Sound Devices MixPre or the 1/8″ mini jack as a ‘line in’ or with ‘plug-in power’.

Here are three additional recordings to compare. First I went into an old unused factory to find a ‘quiet’ space and get out of the wind to make ambient room recordings. This first recording is with Audio-Technica cardioids in ORTF running into the DR-100mkIII XLR preamps at full gain (+56.5). The file below is a 320k mp3, but you can download the original 24bit 48khz wav file here.


.
The second ambient recording is also from the factory but with the Primo EM172 capsules running into the 1/8″ ‘external input’ with plug-in power. The file below is a 320k mp3, but you can download the original 24bit 48khz wav file here.

The third recording was made at dusk after the wind died down an things became still. Ths first recording is also with Audio-Technica cardioids in ORTF running into the DR-100mkIII XLR preamps at full gain (+56.5). The file below is a 320k mp3, but you can download the original 24bit 48khz wav file here.

Here you get a better feeling for the noise levels and the sensitivity. Just for reference, the motor scooter is around 300m away, the radio playing quietly is about 100m away and the dog is close to 1km from the mics. Not too bad. It may not be a Sound Devices series 7 but its pretty good for a recorder that costs less than 1/4 the price of a 702 and I’d say it’s better sounding than anything I know in the price range (not to mention the other features).

This just scratching the surface as there are lots of other new features. But just a few things that I noticed. The DR-100mkIII supposedly has improved battery life.  I haven’t tested this yet but anything could be better than the 1 hour limit I had with the original DR-100 (when using phantom power). The internal battery charges via USB and uses the new standard for mobile phones. No charging cable was provided but it worked fine with my Samsung USB phone charger. 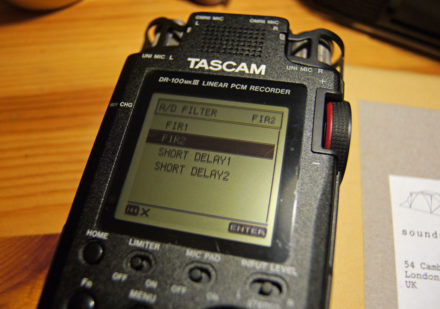 Under the I/O settings there are some mysterious options for the new A/D converter. They are listed as ‘FIR1′, FIR2’, ‘SHORT DELAY1’ and ‘SHORT DELAY2’. I can’t find any information on what this actually means, so I wrote directly to Tascam asking for some clarification. It seems I’m not the only one confused by this as someone over at the Tapers Section has also been asking. Update: The full manual in English has been published by Tascam on their website giving some clarification along with a firmware update.

And to finish up, the DR-100mkIII seems made well. The body, controls and switches feel solid and made to last. Oddly there are no numerical indicators on the Gain Control knob. This is because the actual gain seems to be digitally controlled which takes some getting used to since you can only change the gain while in ‘Rec Pause’ mode or while recording. What is handy is that the gain settings were saved for the individual input selections so I didn’t have to reset the gain every time I switched the input.

Update: I have made a few recordings using the internal mics (both uni and omni). The ‘uni’ mics are quite good and very usable. I made my recordings of very quiet subjects, children playing outdoors, but I’d say they are mostly suitable for general applications like voice, music and effects. You can download and listen to the original files yourself. The ‘omni’ mics sound rather thin and without much depth (as you generally need a baffle or 40cm of separation to get a good stereo image with omnis). This was the case already in the mkI recorder, so not much improvement there and I doubt I’ll be using them much.

For an additional perspective, another review with sample recordings has been published over at Transom.org

Here is a recording using the mkIII of some fish made during a recent workshop. Someone notice a large school of very tiny fish so we dropped in a pair of JrF Hydrophones and were surprised to hear this. 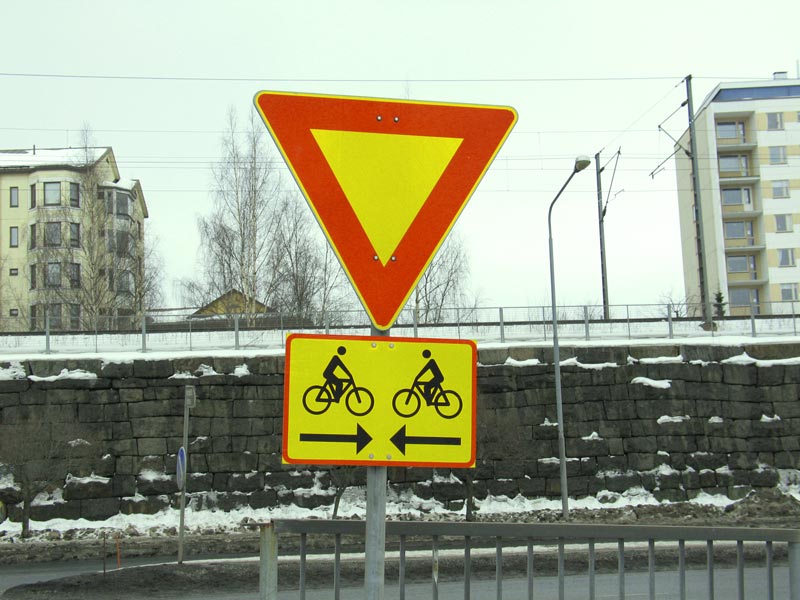