After items are added your cart, you will be redirected to the checkout page.
.

Sound Aspects of Material Elements is a the film that shows a specific approach to the artistic use of sound, covering a 3 year period (2006-2009) of the author’s personal research and collaborations with a number of close colleagues. What we hear and see reveals how much our ability to listen with a creative ear, helps us re-interpret and build new relations to the environments that surround us. Using sound as the primary signifier, the film documents in-situ processes of exploration and sonification of the landscape along with various material, objects and structures found there. All the sounds captured formed the basis for each shot emphasizing how the combinations of certain materials (metal, wood, glass) along with natural elements (water, wind fire), transforms our perception of even the most common everyday places or situations.

Mimema is a meditation on states of liminality, of being in stasis, drifting in-between above and below, night and day, inside and out. Mimema started out as a sound composition and grew into a series of images that reflected my desire to invert the world around me by capturing the ‘real’ and making it ‘imaginary’, Much like a mirror that reflects the shifting states of human cognition we encounter moment to moment. Mimema is the blur Â between what we sense and what we construct as understanding, appearing as much a body as a fluid or boundary as a state of dissolution.

Special thanks to Dale Lloyd and Kevin Wienke for their support in making this release possible. A short preview is below:

“Sound Aspects of Material Elements by John Grzinich is a highly unique film, an elegant collection of location sound explorations captured over a three-year period. Â Empty landscapes of blowing grass and drifting clouds, slight manipulations of abandoned and natural objects, solo engagements with architectural structures, duos and occasionally larger groups of participants “playing” found materials. In each case, all sounds are sources within a location, augmented and activated through simple acoustic techniques; tubes, wires, mallets and contact mics. Each ‘situation’ becomes a kind of instrument, each ‘place’ is approached as a rich source of sonic matter. This film finds itself between “sound art” and cinema. Unlike most movies, the film follows strict limitations in using only location-based, real-time sound capture. On the other hand, there is strongly disjunctive relationship between what we see and what we hear because of the predominant use of unusual miking techniques. The shots themselves are often medium to long, and place the objects or figures within the landscape; desolate Estonian fields, ramshackle barns, windswept telephone wires, nighttime fires, abandoned and corroded metal tanks or girders. The sounds, however, are not only of, but inside the location being shown. We hear into spaces and materials through the careful use of contact mics or the placement of microphones inside containers, tubes and vessels. These decisions amplify, magnify and distort the sonic landscape in relation to what is seen. It can feel like existing on two levels at once. Sound Aspects of Material Elements doesn’t illustrate, interpret or elaborate upon sound with image, it just shows – demonstrating the elements at play in a particular arrangement or situation. At the same time, the links between sound and image are more than just causal. They are the result of careful exploration, fine-tuned framing, and a delicate balance of the haphazard and the instigated.” (Seth Nehil)

“One way to describe John Grzinich’s film Mimema would be ‘hypnogogic drone poem cinema’. Watching sleeping floaters dream in the eye of the camera. The sound and visual elements work together in such a way, that it’s difficult to keep from falling under its hypnotic spell. Very rich and deep. Meanwhile, Sound Aspects Of Material Elements is a unique cinematic documentary experience that says much without uttering a word. For the less initiated, it not only teaches sound appreciation in an inspiring way, but also demonstrates where sound sources found in much of today’s field recording-based sound art compositions initially come from. Certainly a landmark moment for and/OAR and one of the most prized releases in the label catalog.” (Dale Lloyd)

“Two Films” is a profound work of art, throughout its duration we are spellbound. As the films unfold we sit mesmerized by the soundsand images emanating from the screen. It is a pleasure to watch Grzinich in the field, the visual connection with the sounding objects providing a greater appreciation for his work. After viewing “Two Films” it is hard not to imagine the sonic potentials that lie around us, untapped, waiting for a microphone to be directed towards them. (full Review by Jay-Dea Lopez on Sonic Field)

“John Grzinich is known for his work with music and sound, but Sound Aspects of Material Elements and Mimema, for which he’s credited with camera and editing, prove that his eye is as keen as his ear. While sound is the subject matter of the first film, and something like the driving force of or inspiration for the second, both present elegantly composed images of landscapes both remote (stark rural/industrial vistas from the American artists’s current home of Estonia) and macrocosmic (insects, flowers, water and skin), within which it’s tempting to get pleasurably lost.

The prosaic title of Sound Aspects of Material Elements suggests that this kind of sensual wallows quite what Grzinich had in mind. The film is made up of a series of field recordings and site-specific performances presented in short sequences, like tracks on an album, shot mostly with static camera. The sound is as satisfyingly clear as the high contrast black and white visuals. We hear each recording for a few seconds before we see its provenance, which invites some kind of analysis on the part of the viewer, if only in the realm of guessing which combination of wires, wind, water and microphone technique might result in that cavernous, bowed bas sound.

But the larger question grinch sets up in the film concerns what constitutes composition and creation when dealing with field recordings – what is played and what is found, and how does and artist navigate around those two poles? In Sound Aspects of Material Elements he shows himself clearly doing the former, rubbing miked-up stones over and metal water tank, and illustrates the latter in a Tarkovsky-like sequence in which rain drips through the roof of a corrugated barn. But the instances in between – such as a recording of waves coursing back and forth through metal pipes (glass actually) places carefully at the shoreline of a lake – are the most striking, with the tension between the natural movement of the water and the presence of the artist made clear in a way that isn’t always apparent in the sometimes anodyne field of purely visual Land Art. It helps that this one also sounds remarkable, unplaceable, a sort of undulating, alien drone with a percussion track of shingle-suck and clattering, glassy pebbles.

The succession of deserted spaces, which can get a little soporific, is neatly interrupted by footage of a contact-miked ant’s nest, which sound like a frantic kitchen full of scraped plates and dropped knives. This is a welcome moment of action, as is a performance of tuning forks and amplified surfaces that Grzinich shoots as a kind of ballet for disembodied arms.

Physical presences are more to the fore in Mimema, a shorter film which dream its way through the Estonian ‘white night’ in which the sun never really sets with a soundtrack of organ drones reminiscent of Tim Hecker. The strange liminal zone of spring is reflected in the slow development of the music, which ebbs and flows around a man and a woman, shot in intimate close-up, floating a dark lake. But while they drift tranquilly, eyes closed, suspending themselves gravitationally and temporally, other life continues at its allotted pace: boatmen skate on the waters surface, plants but out new life, mist rises and snow melts. Grzinich observes all these processes with a dispassionate equality that doesn’t quite mask a deep, tactile affection for his adopted home.”

Please check the additional items I have for sale from my back catalog. 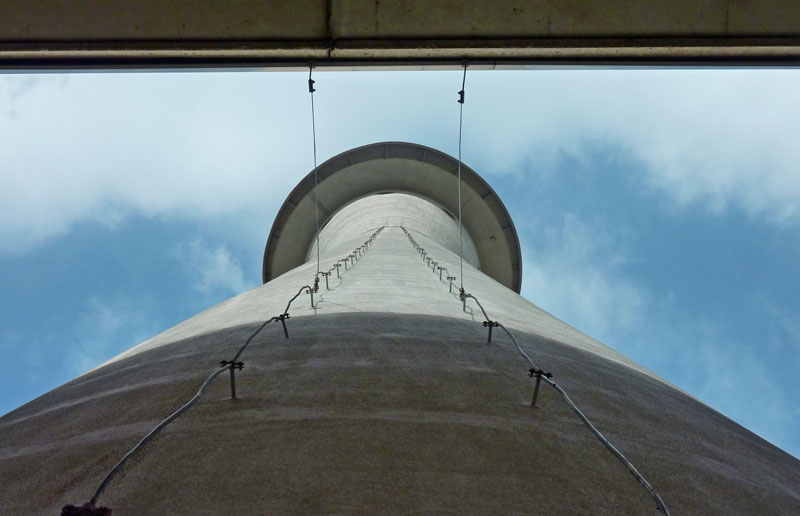 During the week of April 11-17th, I spent the week in an area of Nuremberg known as Muggenhof, as part of a mini-Tuned City event. 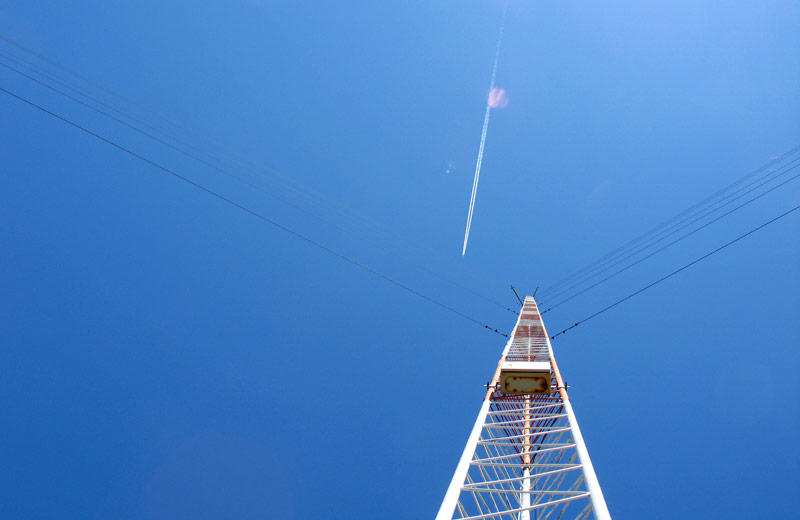 Field recordings from some tower guide wires on a mountain top in Portugal. 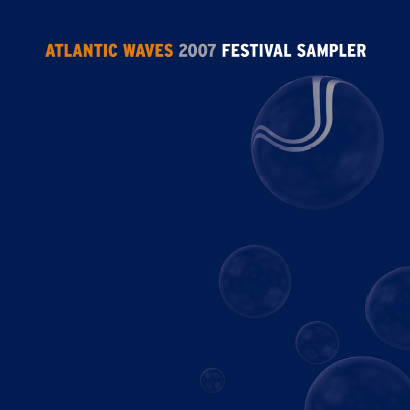 I’ll be heading off to London soon to take part in the annual Atlantic Waves festival. The program includes a SIRR records […]